The Irish in Power and the Irish Wise Guys 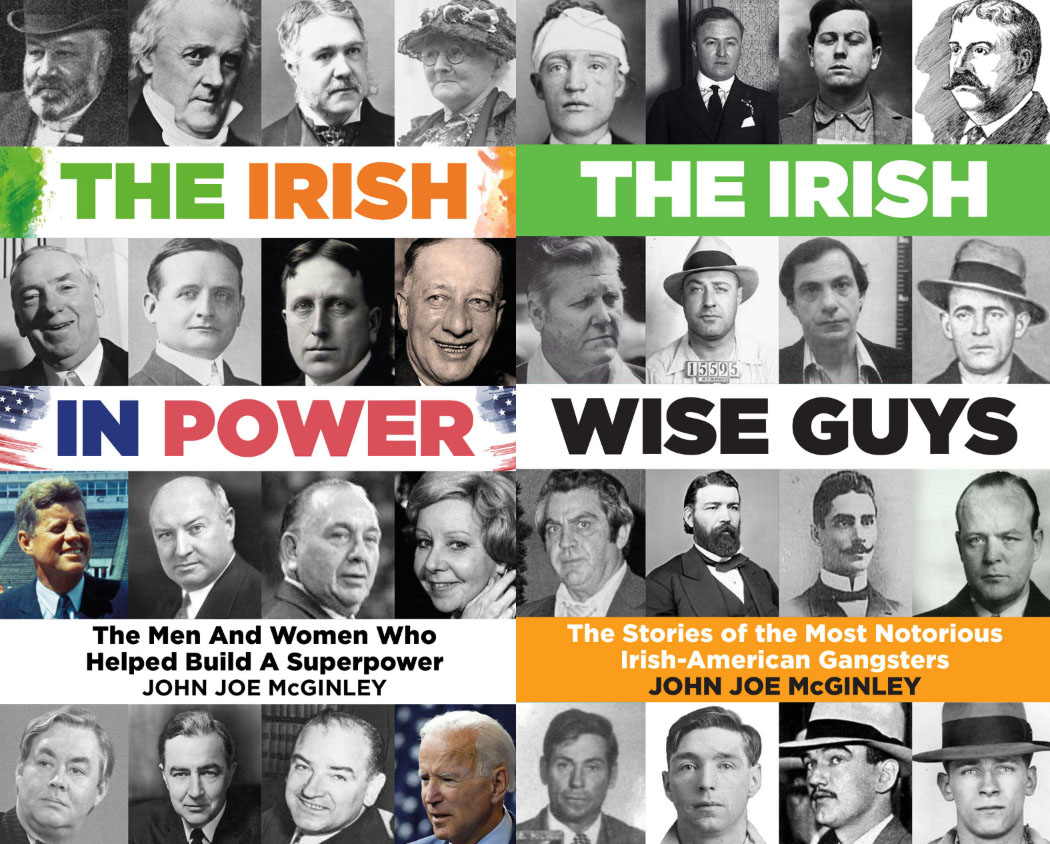 The Irish in Power and the Irish Wise Guys

John Joe McGinley is an Irish author and historian living in Donegal who has written two books about the Irish in America – The Irish in Power and the Irish Wise Guys.

His latest book is the Irish in Power and is the story of some of America’s most flamboyant and influential Irish American politicians. John explains “It tells the tales of the men and women whose ancestors left Ireland in poverty and hunger who then climbed the greasy pole of political power and helped forge a superpower. Three signatories of the Declaration of Independence were born in Ireland. Half of all US Presidents have been of Irish descent and the men who ruled the major cities of the eastern seaboard in the 1920s and 30s were proud Irishmen”.

John’s other book the Irish Wise Guys is a story stretching back to the early gangs who formed from the influx of Irish immigration after the Great Famine. Then the Prohibition era when many Irish gangsters made fortunes and also their conflict with Italian crime organizations.

John will speak about characters from both books during our Zoom event. The event is free to attend. Here is the Zoom link for the event.
https://us06web.zoom.us/j/85255766630?pwd=N295ek5mQWw3VnhTWXZJWFIrU21sZz09
The event takes place at 1pm MST on April 24th (8pm in Ireland).